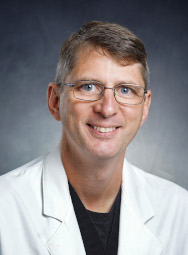 Dr. Carroll thrives on prehospital and disaster medicine and is passionate about resident, fellow, and especially about prehospital provider education. He was integral in the creation of our EMS fellowship and is excited to be the second Program Director. Dr. Carroll believes in the apprenticeship model of medical education and created Cooper’s prehospital physician response program to bring both physician level care to patients and to move the bedside teaching model to the prehospital arena.

Dr. Carroll loves the practice of academic Emergency Medicine and Emergency Medical Services, and is not satisfied with the status quo. He believes strongly that EMS is a practice of medicine and as such needs to constantly be refocused on patient outcomes while optimizing its place in the healthcare system. He is a champion of nontraditional transport models, and helped spearhead the movement of addiction medicine into the field by educating paramedics about Opioid Use Disorder and training them to rescue patients in withdrawal with Medication Assisted Therapy using buprenorphine. Dr. Carroll loves the varied practice environments of EM and EMS making academic, rural, prehospital, austere disaster deployment, and even cruise ship medicine a part of his medical practice. 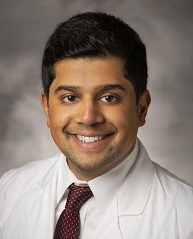 Aman Shah, MD, serves as the Associate EMS Medical Director, Associate EMS Fellowship Director and Clinical Faculty of Emergency Medicine at the Cooper Medical School of Rowan University.  He graduated with honors from the University of Pennsylvania with a Bachelor of Arts in Biology and a minor in Spanish Literature.  He attended Robert Wood Johnson Medical School and graduated with Distinction in Service to the Community.  He completed his Emergency Medicine Residency at Yale-New Haven Hospital, during which time he served as chief resident during his fourth year.  Aman completed his Emergency Medical Services Fellowship at Yale University prior to starting at Cooper.

Dr. Shah started his career in EMS as a volunteer EMT with the Lopatcong Emergency Squad in New Jersey while he was in high school.  He continued his prehospital pursuits as an undergraduate at Penn with the Medical Emergency Response Team, where he served as Captain during his senior year.

Dr. Shah is incredibly passionate about both prehospital medicine and emergency medicine.  He strives to bridge the gap between the two fields, especially incorporating EM clinical practice to further the field of EMS. 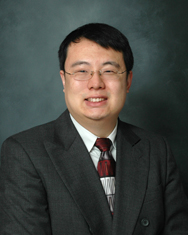 During his time at Cooper as an attending emergency medicine physician since 2007, he established the Division of EMS/Disaster Medicine to focus on expansion of Cooper’s role regionally and state-wide.  He also has served in a variety of key leadership functions in Emergency Department/Health System/EMS and local/regional emergency management and became the Director of Special Projects and Operations within the Center of Urgent and Emergent Services (CUES), as well as the first Program Director of the ACGME-accredited EMS Fellowship and an Associate Professor of Emergency Medicine at the Cooper Medical School of Rowan University.  Prior to 2007, he was an attending emergency medicine physician at Christiana Care Health System where his role included the Associate Chairman for Emergency Preparedness and a Clinical Assistant Professor with Jefferson Medical College.  He has a developed a niche in public health, including his responsibilities as the Medical Director for the Southern NJ Medical Coordination Center, previous Co-Chair for the Southern NJ Regional Healthcare Coalition, and Medical Director for Camden County Health Department. He has also served on a variety of Boards, Councils and Task Forces related to public health, emergency management, preparedness, and EMS.

Dr. Hong has been part of Delaware’s Division of Public Health (DPH) team since 2005 as the Office of Preparedness Medical Director. In this role, he has provided medical expertise to fulfill the mission of statewide healthcare preparedness in the setting of mass-casualty incidents, including chemical, biological, radiation, nuclear, traumatic, and natural hazards; served as the Medical Director of the Delaware Medical Reserve Corp; acted as the Medical Liaison Officer in the Incident Command of the State Health Operations Center; and has chaired the Delaware Ethics Advisory Group. He has worked on numerous projects related to infectious diseases in both the public health and healthcare settings, such as H1N1 Influenza, Ebola, and Zika. In November 2018, he was appointed as the State Medical Director of DPH, bringing his expertise in healthcare logistics and operations, EMS and emergency preparedness, and public health to expand his responsibilities of protecting the public and the healthcare infrastructure from critical threats. 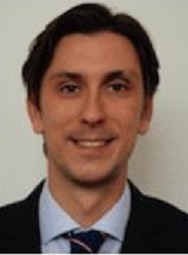 Alexander Kuc, MD, serves as Assistant EMS Medical Director and Assistant Professor of Emergency Medicine at the Cooper Medical School of Rowan University. He graduated from Bard College in Annandale-on-Hudson, New York with a Bachelor of Arts in Chemistry. Following an initial career in EMS he returned to school, earning a Master of Science in Nutrition from Columbia University, followed by his medical degree from St. George’s University. Alex began his Emergency Medicine residency training at Drexel University in Philadelphia before ultimately graduating from Cooper after the closure of Hahnemann University Hospital. He then completed an Emergency Medical Services fellowship at Cooper and has since stayed on as faculty.

Prior to medical school, Dr. Kuc worked as an EMT in the Hudson Valley region of New York, while also volunteering for Bard College EMS and eventually serving as Director. After moving to New York City he continued to work as an EMT for FDNY EMS, and spent two years working in Brooklyn and Harlem. These years in the prehospital environment have left a lasting impression on Alex, and have guided the path of his career. He now enjoys combining aspects of both prehospital and emergency department care in his practice, and brings a unique perspective when educating EMS providers as well as residents in the hospital. ​